THERE IS A SUPER-SIMPLE WAY TO BOOST IMMUNITY AND IT’S IN THE KITCHEN!

ROSENBERG, TX (Viz Release) — May 18, 2020–Your tap water might literally save you from contracting COVID-19. That is, if it spends just 20 minutes in The Big Pitcher, the counter-top electric appliance that is making a splash in the health community!

Viruses and bacteria are pathogens. 99% of pathogens cannot survive in an oxygenated environment so people are seeking bio-oxidative therapies in order to prevent illness and improve overall health.

While hyperbaric oxygen therapy has long been established in medicine, there are other ways to increase oxygen levels in the body that aren’t nearly as expensive. One of the miracles of water is that it can actually ‘hold’ a certain amount of oxygen based on the laws of physics. No, it doesn’t change the water molecule – H2O – the process of diffusion simply imparts O2 into the water, safely and conveniently.

Texas residents Lee and Teri Mathis invented The Big Pitcher, their patented technology that infuses oxygen into drinking water. They are just regular folks who had an idea and ran with it at the dawn of the 21st century. Your water doesn’t have to come from the tap, but The Big Pitcher makes even tap water taste great, so why not?

But why do we need more oxygen? Russell Blaylock, MD, wrote an editorial for technocracy.news in which he says “… oxygen is important to maintain immunity.” Dr. Blaylock added that a drop in the body’s oxygen levels, called hypoxia, is associated with impaired immunity.

A few causes of this impairment are the wearing of masks, being overweight or obese, receiving chemotherapy or taking potent prescription medications.

The 2019 Nobel Prize for Physiology and Medicine was awarded to three scientists who found that hypoxia (drop in oxygen levels) is actually the cause of a number of illnesses while cells strive to adapt.

The study of the physiological role of oxygen is a science called Oxyology. The Nobel Prize research, along with a growing body of data, is ground-breaking and has the potential for creating a cognitive shift in how we prevent, and perhaps even treat disease.

The Big Pitcher is in kitchens all over the world. This elegant appliance is a visual reminder to drink more water and extra oxygen helps increase energy! Just plug it in and 20 minutes later, water is ready to drink, with 95% oxygen saturation!

The Big Pitcher is Made in the USA by Oxygen Orchard, Inc., based in Rosenberg, Texas. Oxygen Orchard President Teri Mathis says “We use a lab in the Houston area that maintains and calibrates their Dissolved Oxygen meters and they do our testing. When we say water has 95% Dissolved Oxygen, it’s right there in their report.” Fifteen years of glowing testimonials support Teri’s own research.

At this time of hyper-awareness of health choices, it’s time to make the wisest one of all: start drinking oxygen-infused water today – you’ll feel the difference because it makes a difference.

MSRP is $229.95 and comes with a one-year factory warranty. The Big Pitcher is sold through the company’s website, https://OxygenOrchard.com

Teri’s book, Full Circle: Oxygen’s Role in Health will be available later this year and can be pre-ordered. 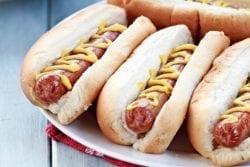