ACCEPTING ORDERS ONCE AGAIN — Thank you for your patience!

Are you ready to start reaping the benefits of oxygen-infusing your water supply with The Big Pitcher? A remarkable product that has garnered a NASA Technology Award, The Big Pitcher is the perfect solution to supplementing hydration with an oxygen-rich intake. Oxygen Orchard, Inc. of Rosenberg, Texas, has been the exclusive manufacturer of this exciting product for more than 10 years. 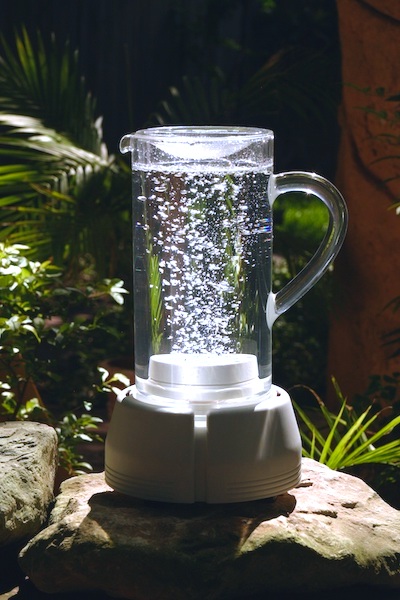 * We calculate payments from the date of checkout.

We are proud to share a number of testimonials from our esteemed customers about The Big Pitcher showcasing its unique effect on health. Here is why many call this little wonder “The Miracle Pitcher.”

”I can play with my grandchildren!”

”My doctor asked me what I was doing to look and feel so great. ‘The miracle pitcher,’ I told him!”

”My little old dogs are running around like puppies!”

“I was able to go back to work weeks earlier than planned after chemotherapy! And I feel great!”

“One of our Alzheimer’s patients is making conversation, making jokes and is engaged and the only change is that he’s drinking your oxygen-rich water!”

Click on a title below to read more facts about oxygen and the human body or the technology behind The Big Pitcher.

Oxygen and the Human Body

Oxygen Orchard is the US manufacturer of the "Product of the Century" – The Big Pitcher. Oxygen-infused water from The Big Pitcher is all-natural and 100% safe to drink.